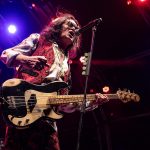 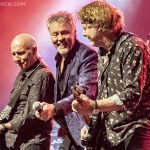 Adam Lambert is an astonishing singer. His range is near operatic, able to transform “We Are The Champions”, the well known, overplayed anthem by Queen, into a fresh, thrilling experience. Upon seeing him perform 21 songs over the course of the group’s Hong Kong debut before nearly 10,000 people at the AsiaWorld-Arena, it’s obvious that both Lambert and the group complement, respect and inspire each other.

Unfortunately, it’s the larger than life singer Freddie Mercury who helped catapult the group from UK band into a world renowned legendary act. And the few times the late singer is reverently seen and heard onscreen, most notably during “Bohemian Rhapsody’s” famed operatic sequence, his range and charisma steal the show.

During his introduction to “Somebody To Love”, Lambert even alluded to this while thanking both Hong Kong fans for their support and Queen guitarist Brian May and drummer Roger Taylor for the opportunity to share the stage. “I’ve been doing this for four years and I still feel incredibly lucky, but there will only be one Freddie Mercury,” he graciously said.

As a result, Lambert has smartly decided to reinterpret Queen’s seventies and eighties classics (as well as a couple from their final album “Innuendo” too) into his own image. He does it with flair, starting with the tailored all black mesh shirt, suit and hat ensemble he sports during the show’s outset. While singing “Don’t Stop Me Now”, he preens, trills and camps up Mercury’s ode to having a ball, all the while prancing around the stage in an over the top black feathered top. It’s an affectionate homage and a rebirth of the group’s catalog at the same time.

While appreciative of Lambert’s stage presence, the effect was initially jarring for the subdued audience. It was only after he coyly challenged attendees to have more of a reaction than the Shanghai audience did that the Hong Kong crowd (an evenly balanced mixture of locals and expats, older and younger) responded with unabashed enthusiasm. The original members, supplemented by competent musicians which included Taylor’s son on drums, made sure that the hits from the group’s rich catalog kept coming. “Tie Your Mother Down” flat out rocked. “Another One Bites The Dust” had a theatrical feel. “I Want It All” featured dramatic musical interplay between Lambert and May.

Longtime fans were kept on their toes by Taylor singing lead on “It’s A Kind of Magic”, which morphed into an extended jam session culminating in a drum solo competition with his son. May challenged the audience with an ageless guitar solo that was moody and experimental as opposed to riff driven. And one of the more bizarre moments of the night was the sight of Lambert and Taylor paying tribute to David Bowie with a rendition of  the hit “Under Pressure”, made all the more poignant by the fact that neither of the song’s original singers are alive.

Production values were simple yet stellar. A giant screen, subtly shaped in the letter “Q”, tastefully changed colors depending on the mood of the song, and where need be, also flashed film images as mood enhancers. Lasers occasionally shot out into the audience. Large video screens on each side of the stage ensured that the band was seen clearly.

By the time the time it came for traditional encores “We Will Rock You” and “We Are The Champions”, a regally dressed Lambert, was rightfully recognized as the king of Queen.  But to truly capture the throne and thrust Queen in a new direction, Lambert, May and Taylor should record a studio album together to see if their white hot chemistry can be something more than great karaoke. 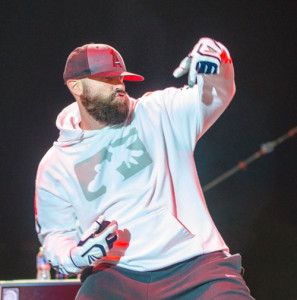 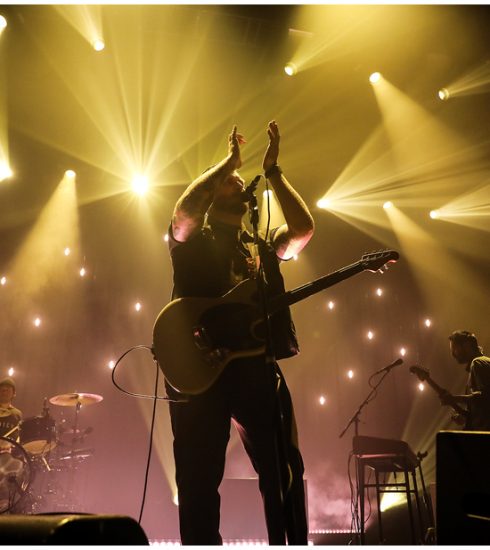