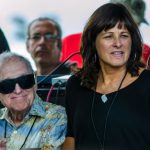 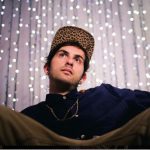 Back in the late 90′s and early 2000′s you could not turn on the radio without hearing a Limp Bizkit song gracing the airwaves and despite the many vicious break-up rumors and a brief hiatus, fast-forward to 2013 and Limp Bizkit are still at the top of their game. Currently, the band is armed with a deal from Cash Money Records and a brand new single “Ready To Go” and are set on a course to make this year one that will go down in history as one of the very best for the band.

Also, it’s planted the foundation for the release of their seventh full-length album, Stampede of the Disco Elephants, out later this summer.

Limp Bizkit recently wrapped up a string of intimate club show and appearances at music festivals such as Welcome To Rockville and Carolina Rebellion, where they absolutely tore up the stage! The band are currently in the midst of a European tour, with an upcoming performance at the Download Festival in the U.K.! Vocalist Fred Durst took some time out during the band’s club tour just prior to their killer Carolina Rebellion performance to chat with Kristyn Clarke about the band’s new music, legacy, touring and more!

KC: How is the club tour going? Heard the shows have been getting some absolutely amazing responses.

FRED DURST: It has been really interesting. We are used to playing different size venues all over the world so these shows had a very intimate feel about them and we love it. The character of the crowd and the energy is fantastic and it is certainly a great re-launch for us as a band in that regard.

KC: I heard you are bringing out some of the lesser played tracks on the tour, how is that going over? It has got to be wonderful for the fans.

FD: Yeah, you know what, it’s a fine line there because you want to play deeper cuts for the hardcore fans, because you think at the smaller shows it must be the core fans because they are the first to get their tickets so we expanded our set list to include very few of our popular setlists of songs and sometimes I don’t know how it’s going over. I don’t know if there’s people out there that are just yelling play “My Way”, play “Nookie”, play “Rollin’” but there are some core fans that are definitely happy. We also don’t want to alienate people that came to hear certain songs and might not be core fans or heard every album we’ve done. I, personally , there are a lot of band I like, but I don’t know their album cuts. I only know their popular songs and if I went to their show I would be hoping that they would at least bust out a few. I do think the reaction has been good from the fans I talk to every night.

KC: That’s good. It happens like that when it seems that nowadays we are stuck in a singles market and people are not purchasing entire albums any longer.

FD: Yeah, when I go to a concert, I like to sing along and have a few surprises. I like to watch the reaction of artists when the messages to a lot of these songs are deeply personal. Each night we change the set list so we never know what we’re going to play until the moment we walk on and see the changes then.

KC: With seven albums under your belt at this point, how hard is it for you to put together a set list every night?

FD: It’s interesting because what we did was stand up a sushi menu, but with our songs, like literally, there is a sushi menu with all the songs and we just go around and check off the ones we might want to play and put some sort of number beside them and what order, then we print them out and look at all the ones we chose. When we get on stage it’s an audible situation, we just go with the flow, it’s almost like we’re DJ’s, meaning DJ’s can’t always come in with a pre-programmed set, you have to ride with the momentum of the crowd and the vibe and the energy. You have to make audible changes sometimes and go with where the flow is going to lead them somewhere and that is what we try to do with our set list.

KC: You recently played the Welcome To Rockville Festival in your hometown of Jacksonville, FL and are playing the upcoming Carolina Rebellion Festival in Concord, NC. What can we be expecting from your festival set?

FD: Well, you can be expecting nothing but 110% of our passion for what we do and that’s about all we can really promise you. We are going to feel out the vibe when we get there and create a set list like I said, and just get up there and feed off of the crowd and continue to give to the crowd and create that synergy back and forth and see what happens. It will be a very awesome, exciting, magical moment of the day, I know that, because it always is!

KC: Absolutely! We cannot wait! You’re new track “Ready To Go” has been performing quite well , how happy are you with the feedback that it’s been getting so far?

FD: I feel it’s a polarizing track as in line with our band. If you kinda recall, in the early days people not liking hip-hop or metal, especially hip-hop and metal together, which is what we were doing at the time and it was always part of our course. Personally, I love the new track…I love how urban it is and how heavy it is at the same time in a very metal or rock way and I think more people are going to be growing to love it. There was a lot of initial reaction where people love the track, but you do get those polarizing moments where someone goes ‘what the hell is this?’ so someone in the hip-hop world goes ‘what are you doing?’ or people in the rock world saying ‘really, you’re signed with Lil Wayne’ and I say ‘Maybe you’re really not a fan of Limp Bizkit, because I have been collaborating with hip-hop artists since day one!’ I am a hip-hop artist and a rock artist and a skateboarder and a tattoo artist and a break dancer, all that kind stuff, a melting pot of things, and I think that it’s finding that audience right now with that “Ready To Go” track. Everyone I’ve talked to about it, which isn’t a lot of people, I try to stay in touch with people when I can, I do all the social networking for the band myself, and it’s hard when you read thousands and thousands of messages with positive responses and then you’ve got that one mean comment, that one thing that stands out, and so many people have stuff to say and there are some radio stations out there that are playing the track, but won’t play a hip-hop artist and things like that, so it’s an interesting climate.

KC: It really seems like you are embracing the new technology. In my opinion, you guys were always pioneers that were not afraid to take a risk and try something different and I think that is fantastic because so many artists get stuck in one box.

FD: Yeah, I appreciate that! I feel like we pride ourselves in choosing plaid as our favorite color. We really don’t have a direction, it has always been obvious from day one with the feel and the sound that is Limp Bizkit. We are four completely different guys, but when we get in the room, somehow it just comes out sounding like Limp Bizkit whether it’s a melodic song , rap song, heavy song so it’s very interesting to be able to just take risks. There are moments when I am up on stage, I relive it all! When I am up on stage, meaning there can be a song that I wrote that is very personal about something within myself and it left me with a scar, so when I’m up there I have to relive it and then all of a sudden I’m letting it go, throwing my finger up and partying like a mother f**ker on the next song. It’s strange sometimes when you mix them all together in one evening , it’s like watching “The Wall” or “Clockwork Orange” or something.

KC: How therapeutic is that release for you as an artist?

FD: It’s pretty interesting. I, mean, I feel that the therapy is over. I feel like it was therapeutic and now it’s more like I open those wounds and pour salt in them all the time because those are the words I wrote and when I’m up there performing it how I wrote it, I have to relive it each and every night. Sometimes I’m like ‘Oh, god, can’t this just be f**king over, what am I doing?’ but now I wrote this song and I have to relive the emotions a thousand times. I go in and out with it being therapeutic and being like ‘Go away!’ .

KC: I can imagine! The new album “Stampede Of The Disco Elephants” is due out later this summer. Do you have a target release date?

FD: No…we are kind of trying to figure that out. We are still trying to feel things out and see how well the single performs, but hoping for maybe sometime at the end of the summer. I think the album feels like an end of the summer record. I don’t know what that means exactly, but it works.

KC: Awesome! We will definitely tell our site visitors to stay tuned. What are some of your other goals for 2013?

FD: We really want to continue growing and building our fan base and just travel and play live music which is what we’ve always wanted to do and why we got into this in the first place. It’s the reason we are still doing it, because we love doing it. The money is not the same anymore, it’s just amazing that this is what we get to do to pay our rent and feed our kids, so more of that. I am working on a couple of movies and I have a television show that I sold to Showtime and just some different things and working on a lot of stuff and have irons in all the fires I like to hang around and just constantly hoping to evolve to be a better person and have another opportunity to wake up tomorrow. 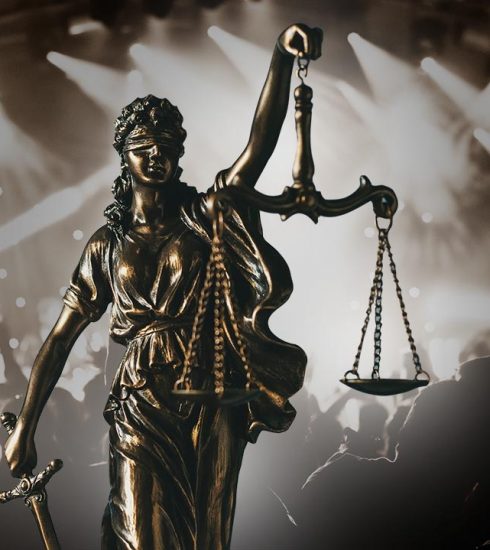 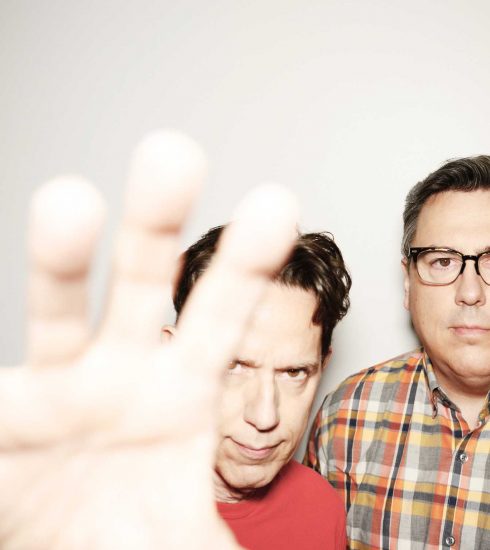 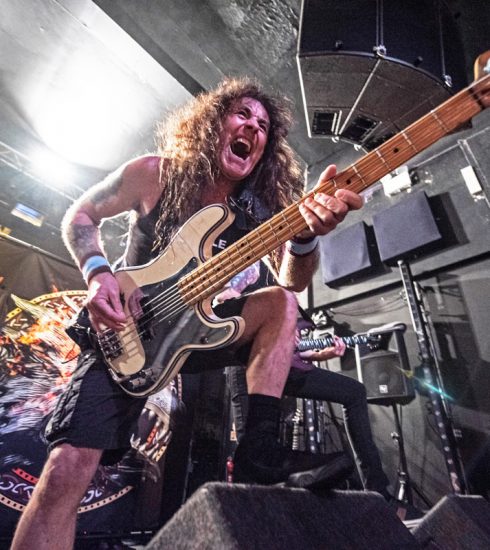