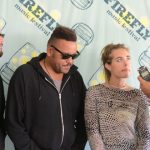 “This version? We’re way better now. We’re more experienced, no inner band turmoil, my sister Ann is, always was, incredible but now she’s at a whole different level,” said Nancy Wilson as I spoke with her earlier this year, just days prior to their show in Atlantic City, N.J.

That show was my first, my fifth over all, in nearly twenty years and it amazed me as to just how deadly accurate Nancy’s words were. Ann’s voice was the best that I’d ever heard it and the band was so in tune, it made for a great night of rock ‘n’ roll that I didn’t expect to be surpassed. Recently I took in their latest appearance in Camden, N.J. at The Susquehanna Bank Center and boy was I ever wrong!

The latest addition of The Jason Bonham Experience to this tour has not only made this a show of monster caliber but has seemingly elevated Ann, Nancy and the rest of the band to an even higher level. The use of Bonham to rev the crowd into a frenzy by playing on Ann and Nancy’s truly heartfelt connection to Led Zeppelin, is no less than brilliant. Bonham’s choice of some of Zeppelin’s finest material during his band’s 55 minute set was spectacular, something that I felt may have been difficult to top; until the encore that is.

Heart is touring in support of their latest disc Fanatic. Although, unlike the Atlantic City show where they performed several songs off of their new CD, this latest show featured only the track “Dear Old America” which they dedicated to their father, a former military man in the U.S. Marine Corps. This show was literally a greatest hits performance, one which had the crowd on its feet from the opening notes of “Barracuda,” to the final strum of “Crazy On You.”

Upon taking the stage, Nancy stepped to the forefront. Raising her guitar up slightly, there was a look in her eye, almost a glint really, that is rarely seen from many of today’s performers. Attitude  oozed from her as if to say, buckle up it’s going to be a heck of a ride, and what a ride it was!  It didn’t take long for a smile to appear on her face as she, like the rest of us soon knew that the band was already on fire.

“Heartless” was next on the list, followed by “What About Love” and “Magic Man.” I will admit that I was somewhat surprised to see these heavy hitting tunes so early in the show but as it turns out, it really didn’t matter. On this evening they were plowing ahead like a fully loaded freight train on miles of straight away track. There seemed to be no slowing down as a crisp version of ”Kick It Out” ensued before Ann welcomed the already fever pitched crowd.

Cringing a bit as she smiled and mentioned that the next song was from 1978, Ann seemed confident in their accomplishments as Nancy broke into the opening strokes of ”Mistral Wind” off of ”Dog & Butterfly.” The few who briefly took their seats, were up again as the band next slammed into ”Even It Up.”

A unique version of “Dog & Butterfly” followed. I had seen this slower piano driven take of this iconic tune previously this year, however, on this night, it was somehow even more magical. Once again, Ann showing the versatility and incredible dynamic of her vocal ability as she almost crooned in spots, which, along with Nancy’s harmonies, prompted several immediately around me to comment, “My God their voices are beautiful together” and “There’s none better.”

The spotlight then turned to Nancy as she performed a solo acoustic version of the Elton John/Bernie Taupin composition “I Need You To Turn To.” Offering a rare glimpse into the soulful side of Wilson, this tune, which she labeled a “folk song,” was well received; no doubt in part due to what I like to call its, “naked quality.” There she was, all alone, just her and an acoustic guitar, 20,000 eyes focused like lasers on her every move. This was stripped down Nancy, no band, no sister to support her, just her and only her and she pulled it off magnificently. Immediately upon its completion, she reached for her mandolin. “This is the arc of the rainbow,” she said. ”We’re going to reach back into the ’80′s,” as the full ensemble returned for “These dreams.” Few people may realize that “These Dreams” also has a Bernie Taupin connection, it was he who convinced their management to demo that song out.

A show stopping version of ”Alone” followed as Nancy was joined on acoustic guitar by Ann and keyboardist Debbie Shair. Once again Ann’s powerful vocal range stepped to the fore, evoking emotion and large cheers from the crowd who were singing along. “Every one of us has a little kid inside. I know that kid and what it’s like to be alone,” said Ann at the conclusion.

“Dear Old America” off of 2012′s Fanatic followed; a hard rocker from start to finish. When the lights came up, there stood Nancy who immediately broke into ”Silver Wheels.” A funny moment near the solo’s completion happened when she seemed to glance around as if to say, Ok, where are you guys? Let’s go! Everybody knew what was next and she did not disappoint as the opening riffs of “Crazy On You” got the capacity crowd up and dancing in the aisles once again.

The band comprised of Shair, bassist Dan Rothchild, drummer Ben Smith and guitarist Craig Bartock really had a special night. Bartock in particular seemed to be in ”the zone,” as he seemed on an entirely higher level as he ripped off lick after error free lick.

The encore featured members of both bands with Jason Bonham on drums. Starting simply enough with Nancy, mandolin in hand, stepping to the mic. and saying, “We’d now like to begin the Led Zeppelin portion of our evening.” Being joined by Ann on acoustic guitar, the ladies performed a version of “Battle Of Evermore” that gave many around me goose bumps and had some in tears as well. This was perhaps the defining vocal moment of the show as the mix of the Wilson sister’s voices, if transferrable to canvas, would’ve been a work of art comparable to that of a Davinci or Michelangelo.

“The Song Remains The Same,” “The Rain Song” and “The Ocean” were followed by versions of “Kashmir” and the finale “Stairway To Heaven,” which featured a local choir group. Afterward I caught up with the head of that choir, Tameka Ferebee of Tameka Ferebee Ministries, who had been contacted by Heart’s management. “I got called by Pat Wright from Seattle, she said they needed a choir. I gathered up family and friends, we learned the music and here we are. We’re all performers but we have never done anything of this magnitude; what an awesome experience, we are looking forward to the show in Pittsburgh, PA” Fellow members echoed her sentiments as words such as “Amazing” and “Europhic” were used by all as they described what it was like to perform in front of their largest audience to date.

The shows afterglow continued as I spoke with sweat drenched fans in the dim lit parking lot. A woman known only as Carrie from Bridgeport, PA was attending her first Heart concert and was blown away by their live sound. “I grew up on a farm in Minnesota, I’ve been a fan but I lived “Foot Loose!” Seeing them live was just outstanding.” Two more fans from Delaware County, PA, Shannon Matters and Jay Wilson were also attending their first Heart show as well. “This is my first time,” said Wilson. “I’ve got a whole new respect for them and their music, great stuff.” Matters was a bit more enthusiastic as she recalled imitating Ann and Nancy with her sister as a child. “This was my first Heart concert ever! I grew up listening to them in grade school, my sister and I used to pretend to be them, singing in our mirrors; but I had never seen them! I loved them as kids but after tonight I really love them even more now. Even now, when my sister and I get together, after a few drinks we’ll still sing like Heart, what a night this was!”

I stated earlier that this was my sixth Heart show. I’ve seen various incarnations, numerous line up changes and have followed the band since their first release in the ’70′s. I can say with great honesty that this latest version is the best that I’ve ever witnessed. The Atlantic City show was my first in a long time, a show that I thought was marking a nice re-entry into the mainstream of rock’s ever changing culture. What I witnessed recently in Camden doesn’t just mark a re-entry, it kicks down the door, plops itself on the couch and screams, “We’re back and we are here to stay!” 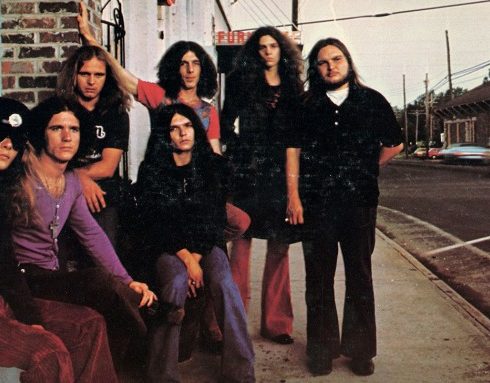 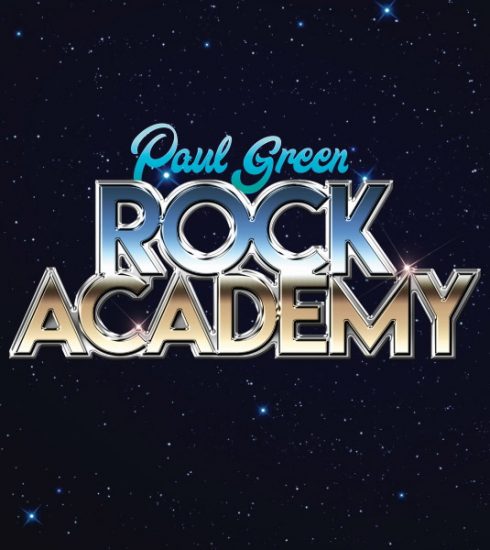 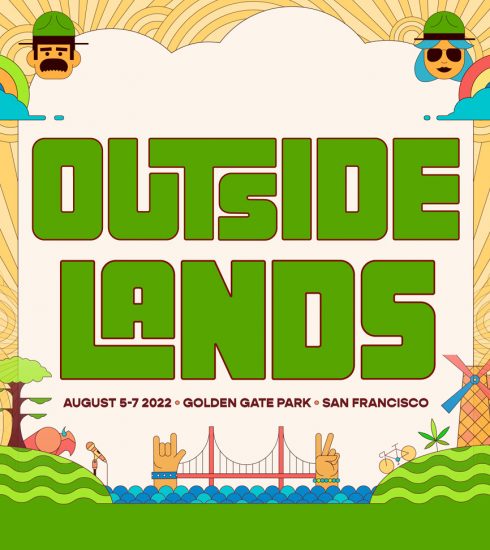